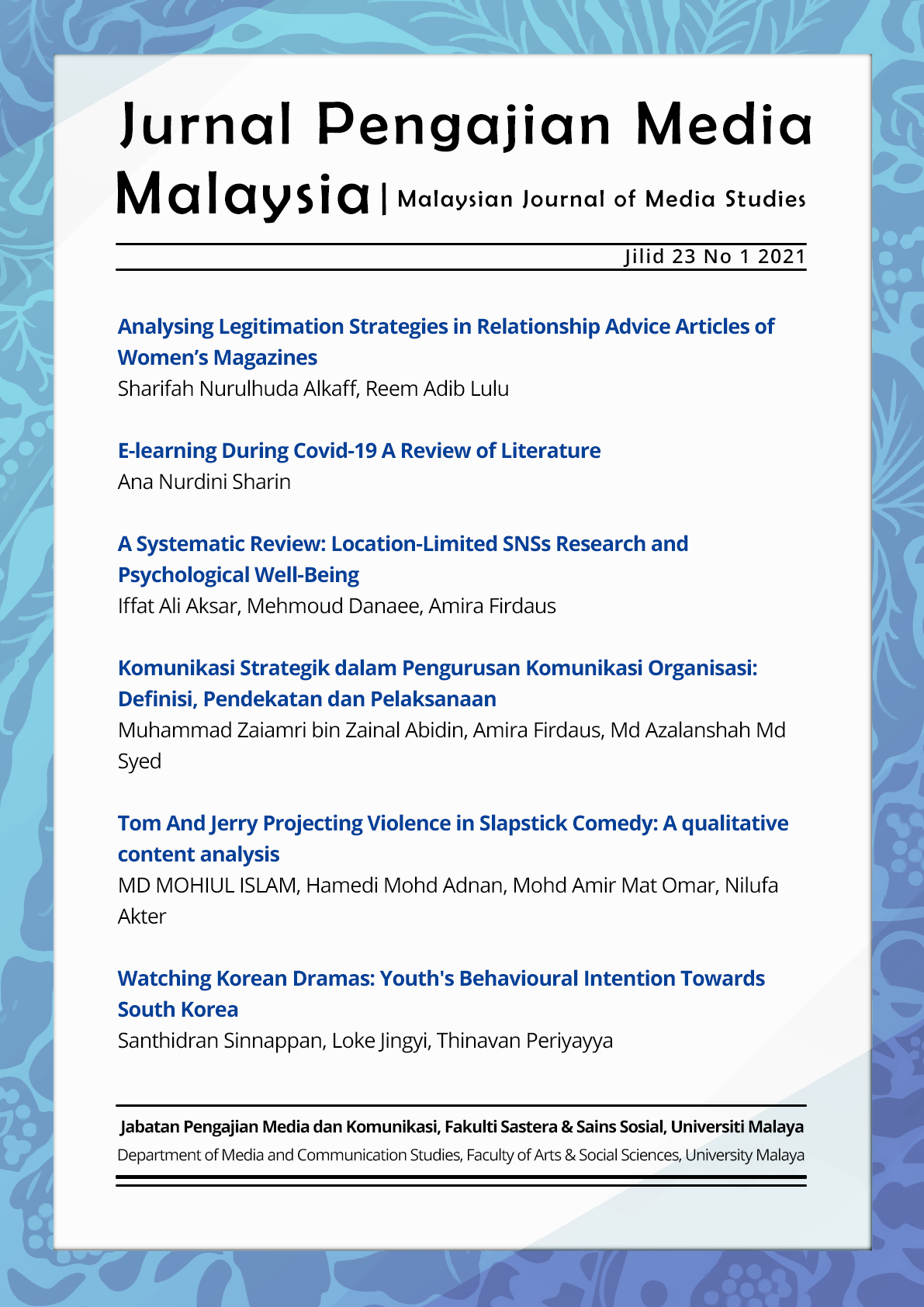 This study explores the strategies used to legitimate relationship advice articles in locally produced English language women’s magazines from three different contexts, which are, Malaysia, the US, and two Middle Eastern countries (UAE and Egypt). Six women’s magazines, two from each context, were chosen for this study. Sixty articles, ten from each magazine, from the relationship advice sections of each magazine were analysed using content analysis. We focused on the strategies used to legitimise these advice articles based on similar studies on the legitimisation of advice through the use of intertextuality and voices appearing in these texts. In addition, we also investigated if there are differences in the strategies of legitimation used in these articles due to differences in the cultural norms in the three contexts. Our findings revealed four legitimation strategies which were employed to construct advice in the texts we analysed, namely, ‘Cross-Section of Real-Life’, ‘Appealing to Authorities’, ‘Celebrity Endorsement’, and ‘Popular Culture References’. Our findings also revealed that the writers of sex and relationship articles in all three contexts have to carefully craft their texts in order to produce advice that is considered legitimate and can be accepted by their readers. Finally, our study showed that there appears to be a clear connection between the legitimation strategies used and the socio-cultural aspects of each society.

All rights reserved. No part of this journal may be reproduced, copied or transmitted, in any form or by any means, electronic, mechanical, photocopying, and recording or otherwise without proper written permission from the publisher. Any opinion expressed in the articles are those of the authors and do not reflect that of the University of Malaya, 50603 Kuala Lumpur, Malaysia